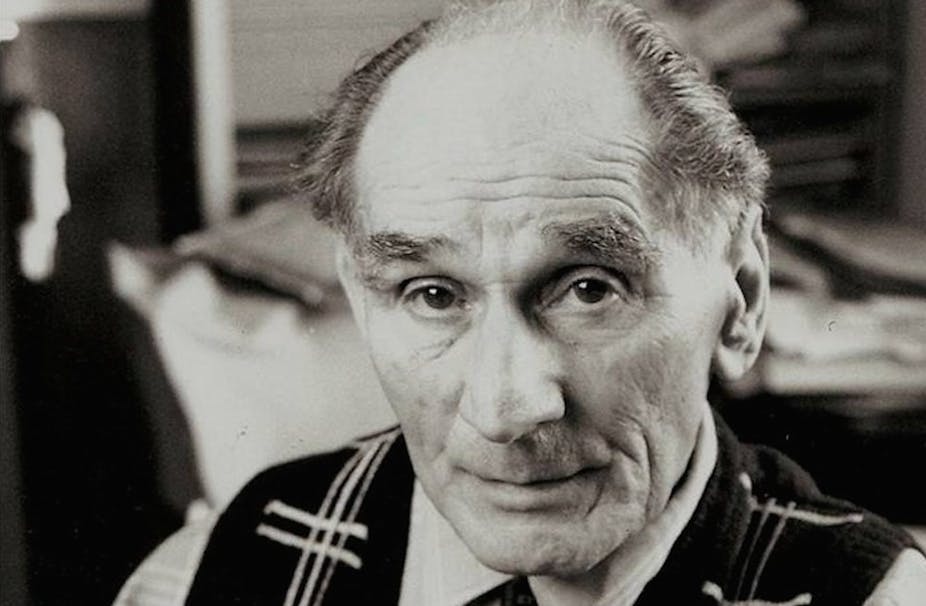 Leon Greenman was a Holocaust survivor that went through tremendous hardship and trauma during and after the Holocaust. He survived 18 months of concentration and labour camps, and told his story to the outside world for decades once the Holocaust finished. What do his experiences show us about the Holocaust?

Read the following information to successfully complete the homework for this week.

Leon was born in Whitechapel in the East End of London on 18 December 1910. He was brought up amongst a large Jewish family of five other siblings.

Leon worked hard at school until he left at the age of 16. He tried several different jobs until he settled on hairdressing. Leon was so successful that he owned his own hair dressing salon in East London, and began to live a relatively comfortable lifestyle.

It was at this time that Leon met his future wife-to-be, Else who was from Rotterdam in the Netherlands. The couple became engaged, and married in 1935 in Stepney Green synagogue. They chose to move to Rotterdam and set up their life together in the Netherlands. It was not long until the couple had a son, Barney, in March 1940.

Events in Europe were looking troublesome at this time, however. Nazi Germany had just invaded Poland, and Leon wanted to make sure that him and his family could return to London if the Nazis invaded the Netherlands. This was granted by the British Embassy.

However, Nazi Germany severely bombed Rotterdam in May 1940 and successfully took over the Netherlands. Although Leon’s family survived, the city continued to burn for another four days, and strict anti-Jewish laws were quickly put into place in the Netherlands.

In October of the same year, Leon and his family were rounded up and taken to Westerbork concentration camp. It became impossible for Leon to gain help from the British Embassy as it no longer existed in the Netherlands, and his passport had been destroyed.

The family were later moved to Auschwitz. Leon was selected to work by the Nazis as he was a young, fit male who had a skill (hairdressing). His wife and child, however, were sent to their deaths. Leon was not aware that this would be the last time he would see his family, and was told that they were being moved to another camp. Out of the 750 people on the train to Auschwitz, only 50 were chosen for slave labour.

Leon worked for 18 months in terrible conditions in concentration camps and labour camps. He describes this experience in the video below.

Leon was working in Buchenwald concentration camp in January 1945 when US soldiers liberated the camp. As WWII came to a close, Leon moved back to Rotterdam to find his wife and child. After months of trying to find information about his family, he couldn’t find any evidence of them still being alive, and it became apparent that they were victims of the Holocaust.

In November 1945, Leon left Rotterdam and settled in Ilford in Greater London. He worked on the markets in Ilford Town Centre and sang at concerts in the evenings to establish an income.

From 1946, he started to speak about his experience in the camps. He spoke to school groups and took groups to Auschwitz to tell his story. In February 1998, Leon received an OBE for his outstanding contribution to education.

Leon passed away in 2008 at the age of 97. A memorial of his struggle and contribution to the education of the Holocaust can be found in Valentines Park in Ilford.